KOUROS – THE BEAUTY OR THE BEAST?

In 1981, Yves Saint Laurent launched Kouros, “the scent of gods,” which corresponded with the 1980s codes exalting the virility of men.
Saint Laurent chose as his symbol the kouros, or “young man,” which referred to the statues depicting muscular
physiques during the archaic period. The perfume was launched during an event at the Opéra Comique, at which Rudolf Nureyev was invited to dance for 1,200 guests. 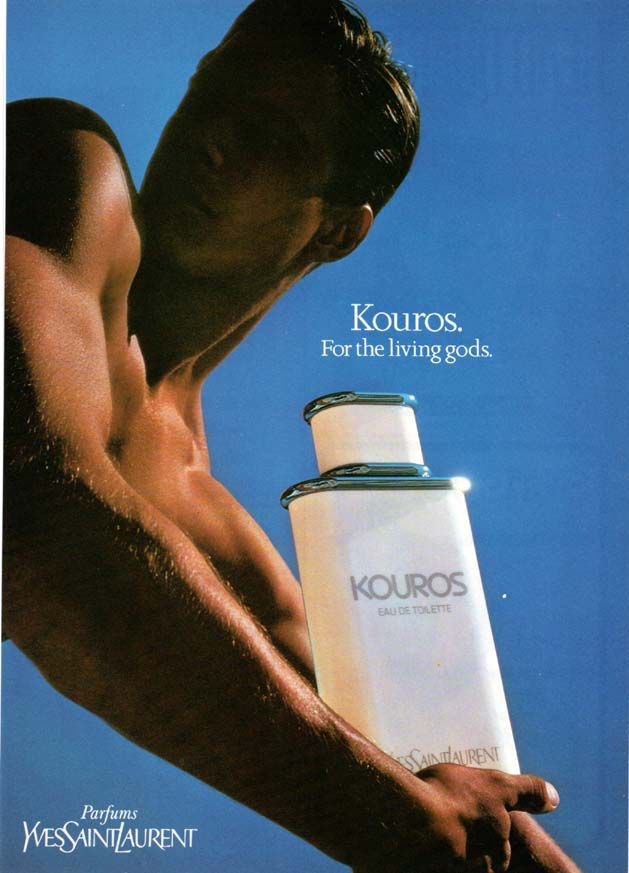 With its intense, pungent almost orangey blast of the coriander opening it segues on to warm clove,
sensual oakmoss and a touch of ambergris and infamously civet, managing to smell both sweet and bitter at the same time,
urinous with sage, quite powdery which is unusual for men’s scents;
insolent, animalic, audacious! A real beast fragrance !!

It is usually recommended to all ages, but I can not picture it on the very, very young, nor the old. It’s best in between:
a little experience is necessary, but not that much! To be rediscovered by a new generation pretty soon.

So, what do you think of Kouros? Do you Love it or hate it?

I have never owned a full bottle of it but have smelled it often in the shop. Every time, I was both appalled and fascinated - like clockwork. Because it is a perfume from another world - something that would never be created today. 40 years after creation it is still one of the craziest and niches of the commercial perfumes! You are so right - if you are older than 40, probably you can't pull this off. If you don't look like the model in the pictures, you probably will have difficulty pulling it off. And yet it is superb! It is like an embrace - like a person. It smells of clary sage, musks, lavender and civet. This is the kind of perfume I would imagine should have become the iconic perfume of the gay revolution of the 1980s and 1990s - sensual, virile, passionate, ... And as far as I know it didn't. But it can still carry this and it will be my perfume of the day tomorrow!